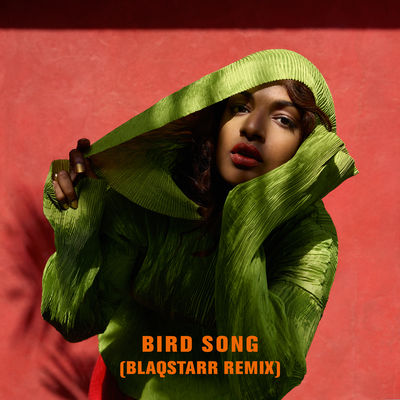 She announced the release date via Instagram on August 1st 2016 revealing that there are two versions one produced by Diplo and one by Blaqstarr.

This is what she had to say about “Bird Song” during an interview for Pitchfork:

On this one, I wasn't like, “Oh my god, I have to go to the cutting-edge thing.” [… ]And I just wanted to reference what I'd done before, and not really care about creating anything new. Just being comfortable with things you've created, and genres you've explored, instead of trying to run with it and be somewhere making some weird music, and somebody else comes along and makes a commercial song and then it becomes acceptable two years later. It was just about getting all these people together on the record. There's a nice mixture of all races on there. There's black, white, and brown. This album just needs to be not a black thing, not a white thing, just the right thing. That's the slogan.

It features a sample of the song “Oru Kili Urugudhu” from the 1983 Tamil film Aanandha Kummi.

She first previewed the track and quoted part of the lyrics on August 25h 2015 via Instagram.

This song also represents the reunion with her longtime producer Blaqstarr:

I haven't talked to him for 5 years, so after the ///Y/ album because I was going for all the consequences so I didn't want to drag him through the storm so we just lost touch. Then GO Off is our first song together. […] We made like 5 songs in 5 hours; it was just like an explosion of music, and it was definitely the first step to the process… because of this I was so excited so I was like “Yeah I'm gonna make this record”.