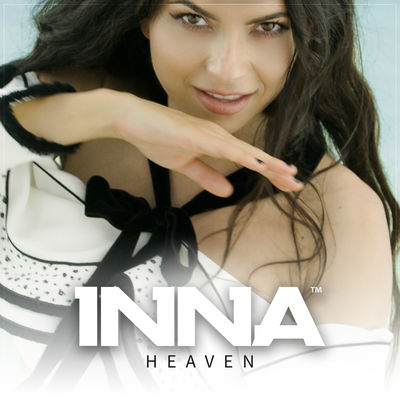 This summer-themed, sultry bop, which incorporates tropical dance and pop sounds, was digitally released on June 10, 2016 via Roton Music and Global Records. Inna describes the burning passion and intimacy with her love interest, which consists as her perfect paradise.

Prior to the single being released, the music video was published on YouTube on June 7, 2016, after premiering a teaser on June 3, 2016. She made the announcement of her video shoot in the Romanian magazine, Unica:

It was the first time I traveled to Mauritius and, frankly, I can not wait to come back! I spent wonderful days in the Shangri-La spring with my team, there I held a concert, but I also shot the video of the newest single I'm going to release soon, “Heaven” and this photo shoot. I enjoyed the sun, some spectacular views, a heavenly atmosphere! Everything went as we expected, like every time; I work very well when accompanied by my professional team that I trust.

Inna and her love interest–portrayed by actor Olivier Phineas Boissard–are depicted taking walks, socialising with locals, taking a boat trip, and partying at the Shangri-La seaside resort in Mauritius. Throughout other scenes, Inna is seem walking on the beach in a black and white blouse, performing hand movements in front of a tree, and in the water wearing a yellow dress. The video was directed by John Perez, whilst cinematography and editing was handled by Khaled Mokhtar. For promotional purposes, she performed “Heaven” at a Mauritian concert. She also sang stripped-down versions of the song on Romanian radio stations Kiss FM and Radio 21.

In terms of critical reception and performance, People Magazine called “Heaven” a “catchy” tropical house song that “effortlessly blends together” tropical sounds with a Middle Eastern flair, along with “simple and cheesy” lyrics. The song was labelled by Outlet Magazine's Jonathan Currinn as an “exotic anthem”, while Urban.ro called it a dance-pop song with exotic elements, and contained influences from Arabic rhythms, according to Radio 21.

Upon its release, the recording was met with mostly positive reviews. People Magazine described it as “the perfect track to play at the pool or a beach holiday” and “something different from anything on radio at the moment”, in acclaiming the production. Despite criticizing Inna's pronunciation, they referred to it as “a song that we need on our summer playlist”. Outlet Magazine applauded “Heaven” for “bringing the summer heat” and for being “the ideal song to sit outside and listen to all day long as the sun's rays caress your skin”. It was predicted to have airplay and radio success by Urban.ro, and a Pro FM editor listed the recording in the “16 hits with which Inna made history". “Heaven" was given nominations for Song of the Year, Pop/Dance Song of the Year and Big Like categories atthe Radio România Actualități Awards in 2017.

Furthermore, “Heaven” managed to reach the charts in many parts of the world, such as Airplay 100 and the Polish Dance Top 50, along with statistics from Tophit and Media Forest.